10 Business Icons Who Became Successful Before 30

Top 10 CEO Who Achieved Milestones Before 30

Within the organisation, one job stands out above all others: that of chief executive officer. As a result, it’s the most coveted and sought-after job title in the corporate world. Forty-five percent of a company’s success is determined by the CEO’s decisions, including the company’s most significant initiatives.

The CEO is often the company’s public face. Corporate public relations may include everything from becoming the keynote speaker at conferences or making product launches to appearing in the media for big companies. A lot of times, formal announcements from the business will be made under the CEO’s name.

Top 10 CEO who achieved milestones before 30

Mark Zuckerberg (Facebook), Bill Gates (Microsoft), Sundar Pichai (Facebook), Howard Schultz (Starbucks), Steve Jobs (Apple), and the list goes on for some of the famous business CEOs who are the icons for youth around the globe.

Today, we are going to talk about the Top 10 CEOs who have achieved milestones before 30. Few of them are Indians too.

If you are an Indian, you have heard the brand name OYO. Maybe some of you have checked into OYO rooms and hotels too. But do you know Ritesh Agarwal, a 27-year-old man, is a CEO and the brain behind the entire OYO thing? Sounds exciting!!

To date, OYO rooms have a market capitalization close to 360Cr and offer travelers the trendiest but most cost-effectively youthful, standardized rooms without any extras!

With his wheatish, tall, skinny, and scruffy appearance, Ritesh is difficult to spot in a crowd. The founder here works 16 hours a day to make his goal come true and has been on a crazy road for as long as he can remember to get to where he is now.

OYO Rooms were nothing but a concept of creating the biggest chain in India to build the most incredible room chain without any add-ons like the star hotels. Still, they would live up to the basic standards and high expectations for rates like never before, which may not include Spa, Gym, etc.

A hotel owner may also contact OYO Rooms to inquire about potential properties. OYO Rooms will send a team to visit the location to conduct an audit to determine what changes would be necessary to bring the property up to OYO standards and share this information with the hotels.

Mark Zuckerberg, the brains behind the concept that made it possible for people all over the globe to interact with one another. Aside from completely altering the social networking scene, Facebook’s popularity has also contributed to the way millions of people communicate and stay in contact with their loved ones.

At the age of 27, Zuckerberg has already accomplished what many would consider a life’s work in a little more than two decades. In contrast to other social networking sites (Orkut, Hi-five), his website has succeeded in connecting people from all over the globe nearly effortlessly thanks to his ongoing upgrades and modifications. As a result, nowadays, nothing would be complete without a Facebook connection.

We are sure that you have heard about the VR technology and Oculus device? Then you should get acquainted with this individual. Luckey Palmer Oculus’s CEO and founder. He is, interestingly, a former Facebook employee.

On July 4, 2012, Nate Mitchell, Michael Antonov, and Brendan Iribe awaited Palmer Luckey in a suite at the Long Beach Hilton. Even though Luckey was running late—in fact, he was almost an hour late—that wasn’t the only thing that made them anxious.

They’d decided to form a business with Luckey only days earlier, and the three veterans of the video gaming industry were working on developing his virtual reality headgear. The Oculus Rift, which had been hailed as revolutionary by almost everyone who had tried it out.

Back in 2014, Oculus was acquired by Facebook for 2 billion dollars.

In addition to being an author and a self-described “friendly hacker,” Trishneet Arora is also the founder and CEO of the cyber security company TAC Security Solutions, founded in 2013.

Its India-based subsidiary conducts vulnerability assessments and penetration tests for businesses to discover and correct security flaws. He has gotten financing from angel investor Vijay Kedia and assistance from William May, a former vice president of IBM. GQ Magazine named Arora one of 50 Most Powerful Young Indians Under the Age of 40 in 2017, and the Mayor of Santa Fe, New Mexico, proclaimed August 25, 2017, Trishneet Arora Day.

American entrepreneur Evan Spiegel, who is the CEO and co-founder of the famous smartphone application Snapchat, is responsible for the app’s creation. He had previously failed at many projects before landing on Snapchat, which was the culmination of multiple setbacks and events that prepared the path for his eventual success.

According to the company, in less than a decade, Snapchat’s 229 million users have sent an average of four billion snaps each day. As a result of its widespread use among young people, the term “Generation Z” has become synonymous with the phrase “Snapchat Generation.”

Snapchat is known for its humorous moniker, but the truth is that it has brought new and innovative methods of socializing that people of all ages and across all demographics can enjoy and benefit from.

Have you ever heard of a yoga entrepreneur? Sarvesh Shashi is one such name – the CEO of Sarvesh Shashi. Sarva is a well-known name in the yoga community. As well as domestically, but also internationally. This is only possible due to Sarvesh Shashi’s tireless work.

Sarvesh came up with the brilliant idea that led to this incredible rise from a single tiny studio to a group of hundreds by the end of the year. Sarva has recently attracted celebrity investors such as Shahid Kapoor, Malaika Arora and many others. It’s hardly surprising, though, given how quickly Sarva has risen in the first place.

Bala Sarda is the creator of Vahdam Teas, a company that even Oprah recommends. It is the mission of Vahdam Teas, which was established in 2015. Bala Sarda, a 4th tea businessman, founded a worldwide tea and superfoods business.

Vahdam is India’s biggest premium indigenous tea brand, with direct sourcing from estates throughout India and local distribution in major countries, including the US. Bala brought India Tea to the global arena under a grown label at the age of 23 and established the world’s first completely international vertical integration brand, with subsidiaries and a presence in the United States and Europe. He has been listed as one of the top business leaders under thirty on many occasions.

Mashable was founded in 2005 by Pete Cashmore, who was 19 years old and lived with his parents in Scotland. Millions of individuals visit the social media news site each month.

Pete Cashmore, who is 29 years old and barely fits the media tycoon image, has 19 million social media followers and receives 35 million unique visits to his social networking news site each month. Its success has elevated Cashmore, a Scot, to celebrity and a net worth estimated at several million dollars. His achievement may be traced back to an appendectomy, which he had as a child.

A young entrepreneur named Jeffin chose entrepreneurship over a lucrative corporate position after receiving his MBA. Beginning in 2012 with an online resale company, he established several other businesses along the way.

Jeffrey Ani Johns is the CEO and co-founder of the renowned consulting business BrandKeeda. This company has assisted several micro-startups in developing their brands using a variety of cutting-edge techniques. He has been listed as one of the top business leaders under thirty on many occasions.

Even though he runs a small business and is a young entrepreneur, he already has 150 customers in three countries. He was selected to serve the country at many global entrepreneurship conferences.

Samir Vasavada is the Co-founder and CEO of the company, and he is just 21. Vise AI creates personalized stock portfolios for asset managers using artificial intelligence. 30 IT firms with environmentally responsible practices and women on their boards comprise one such portfolio, for illustration purposes only.

More than a dozen financial managers use their platform, with a total of over $100 million in assets. Vise secured $14.5 million in financing in May, with Sequoia Capital serving as the lead investor.

So, that’s it from our end. Maybe more young entrepreneurs have achieved heights more than this, but we have picked a few unique people who are not in the same limelight as Elon Musk and Bezos. 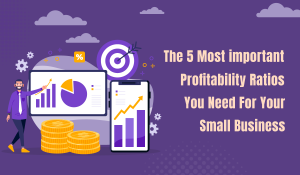 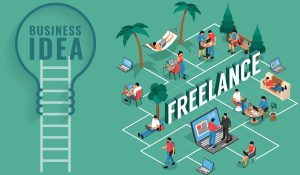 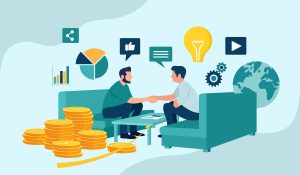 5 Types of Business Relationships to Grow Your Small Business