5 Lesser-Known Yet Inspiring Entrepreneurs of India

When you hear or read the term CEO, you think about Sundar Pichai, Elon Musk, Mark Zucker berg, Jeff Bezos and many more big names. You know them as they lead top American companies, and they are all over the news and social media.

But if I put this in another way, have you noticed that the companies that had become good to great had CEOs that are lesser or barely known. That too, we are talking about Indian startups.

The book “Good to Great” suggests two types of CEOs generally seen in the company. 1. who are larger than life and who are more known publicly and 2. those who have made a strong impact in the company but aren’t known anywhere.

So, this is the post focusing on the second type of CEOs.

A competent CEO can balance multiple key responsibilities while also maintaining the confidence and respect of others – notably their colleagues and workers – as decision-makers. You must possess or develop those less-than-tangible attributes to do this and maintain it.

Well, I bet you will agree with the statement that “CEOs must have the problem-solving attitude to run the company properly.” And there comes the story of our 1st CEO.

Have you ever waited for your father? to buy a particular thing once he returns from the office? But could not ask for it as he came tired and things postponed?

Something similar happened with Tilak Mehta, a 13-year-old boy from Mumbai. And he established the Paper N Parcel along with the help of his father.

Paper N Parcels employs more than 200 full-time employees and 300 dabbawalas in total. Every day, the personnel manage up to 1200 deliveries for the company. The personnel handle shipments weighing up to 3 kilos, for which they charge between Rs 40 and Rs 180, based on the weight of the delivery.

In addition, he has received substantial media attention and will be a speaker at the TEDx Talks in March 2019. His company’s income is expected to approach 100 crores in the fiscal year 2020-2021, while the company’s turnover is expected to exceed 100 crores.

Nowadays, Prafull Billore, also known professionally as the MBA Chaiwala, has achieved great success as the proprietor of his business, which is known as the MBA Chaiwala franchise. The MBA Chaiwala company was established with a few Rs 8,000 investments and has grown to become a Rs 3 crore enterprise (FY 2019-2020) based on something that we Indians all like, namely tea.

He aspired to attend the famous IIM Ahmedabad for his MBA, just like any Indian student. That MBA graduates will be inundated with job offers and pay packets from prestigious corporations and organizations that had piqued his interest. Because of this, he was adamant about clearing the CAT test and getting a place at the Indian Institute of Management. But he could not!

“With honesty and dedication, success will surely follow. The best shoemaker globally and the best tea salesman in the world should be your goal. Don’t settle for anything less than your finest.” Prafull made this statement at one of his motivational lectures that may be seen on YouTube.

After completing their education, Jay and Anuj returned to Kayamganj, their birthplace in Bangladesh. An abandoned dairy facility piqued their interest while searching for investment prospects. Their business adventure took a significant turn when they bought this modest piece of equipment, and Gyan Dairy was founded.

The Agarwals had an excellent chance to take advantage of an unstructured supply chain and a shortage of high-quality milk. They didn’t even flinch. Local contractors were ruled out in favour of buying milk from cooperative organizations.

This ensured that the milk they distributed to the general population was of the finest quality. Gyan Dairy has been a resounding success because of its commitment to quality and purity. The firm has had tremendous success so far, with Rs’s 2018-2019 turnover. 650 crores.

Have you ever written an email to a big business tycoon like Mukesh Ambani or Ratan Tata? And got a reply from them? Hemalatha’s story starts with an email that she wrote to Ratan Tata with no reply.

But Ratan Tata did reply. That mail was about the need and focused on the electric vehicle. Founded in 2008 by first-generation entrepreneur Annamalai, Ampere is an electric mobility company that designs, develops, manufactures, and markets battery-operated EVs for individual transportation, industrial uses, and materials movement e-bikes, e-twos, e-threes, and custom-built EVs.

Of course, every great guy is supported by a woman, but Ratan Tata is behind Hemalatha Annamalai’s Ampere Vehicles success stories as the company’s founder and CEO.

In 2010 she was awarded the Tamil Nadu State Commission for the Differently Abled’s ‘Best Product Design’ for the disabled. Additionally, she has garnered several awards for her environmental efforts, including the ‘Best Eco-friendly Company’ award from the late Dr APJ Abdul Kalam’s national movement, Lead India 2020, in 2012.

Since last year, Ampere has sold 10,075 units in the fourth quarter, an increase of 69 percent. With 132 new dealers, Ampere now has a network spanning 260 towns and cities throughout the country.

Self-empowerment is an actual act that everyone should do. The fact that you were able to empower over a thousand additional individuals, most of whom were from rural areas, is an even more significant achievement.

Founded by Sumita Ghose, RangSutra Crafts is a social company that aims to promote socio-economic growth and inclusive growth in rural India by including both the local community and handicrafts market.

RangSutra employs around 1,000 artisans, the majority of whom are women. Individuals and organizations committed to assisting rural artisans in India are also owners.

RangSutra assists artisans with design, advertising, technical, and organizational needs. As a result, rural craftsmen now have steady work in their own homes and communities, thanks to the organization’s alliance with other rural businesses.

For several years before starting RangSutra, Sumita lived and worked in rural India with the URMUL Trust, a non-profit dedicated to social and economic development in rural areas.

So, that was the untold story of a few lesser-known entrepreneurs of India. Being a CEO is a daunting task, and doing it without being in too much of the limelight is difficult. We shall soon see these names on the current page of a leading newspaper! Fingers crossed!

Business and Leadership, Startups, SMEs and MSMEs - All Industries 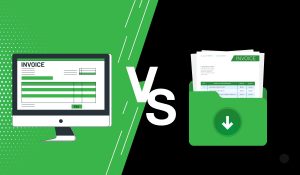 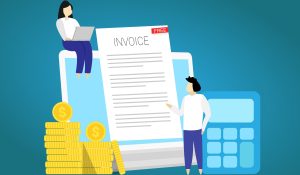 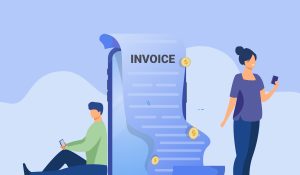